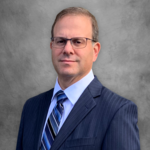 DUI Attorney Richard S. Lawson is dedicated to his clients. The Law Office of Richard S. Lawson is Georgia's premier DUI defense practice and is solely focused on the defense of drivers in DUI related cases. Mr. Lawson is not a “general practitioner.” He has devoted his career to defending those wrongly accused of DUI and to ensuring that even in cases where people are guilty of DUI, they are treated fairly. For over 20 years, Attorney Lawson has successfully resolved over 4,600 cases and has been lead counsel at jury trials and motions of hundreds of Georgia DUI cases. Additionally, he has successfully resolved hundreds of DUI charges with dismissals, reductions to reckless driving and reductions to lesser offenses. In his practice he has helped more than 4,000 Georgians keep their driver's licenses and privileges to drive despite the DUI or traffic charges they were facing.

Richard Lawson began his career as a DUI prosecutor. After receiving his law degree from Emory University's School of Law where he was an award-winning mock trial student attorney, he was selected as an Assistant District Attorney where he prosecuted DUI cases for the State of Georgia. He was trained as a DUI prosecutor by instructors using the same methods used today to teach DUI prosecutors and judges. With this knowledge and training, Richard Lawson left the prosecutor's office and opened his DUI defense practice.

Richard Lawson has handled cases throughout Georgia and has developed a reputation as a skilled trial attorney and negotiator. He is licensed to practice in all trial courts in the Atlanta metropolitan area and North Georgia. See some of his impressive recent results by clicking here. Richard Lawson is an instructor at the Institute for Continuing Legal Education where he has trained other DUI attorneys on winning a DUI case and getting clients the best possible results. He has spoken on a variety of DUI topics at legal seminars including cross-examination techniques in DUI trials and how to do a thorough investigation in a DUI case. Mr. Lawson has also completed in-depth coursework on field sobriety evaluations and DUI detection. He has been certified as a DUI standardized field sobriety testing instructor since the year 2000. This qualification allows Mr. Lawson to teach police officers how to conduct field sobriety evaluations on those suspected of DUI. As a DUI defense specialist, Mr. Lawson has spent the past 18 years mastering the intricacies of Georgia DUI law and keeping up-to-date with all the latest defense techniques.

Additionally, Mr. Lawson represents individuals in the Georgia Department of Driver Services license suspension hearings that are the precursor to nearly all DUI cases. Mr. Lawson's efforts have led to thousands of his clients keeping their Georgia license during the pendency of their DUI case as well as after their cases are resolved.

If you want to get the best results in your upcoming DUI case, call Richard S. Lawson today for a case consultation. While his office is committed to results, it is also committed to customer service. Mr. Lawson keeps his clients up-to-date on the developments of their case and maintains a 24 hour line so his clients can reach him in the evenings and on weekends to discuss their case and ask questions. It is important to remember an arrest for DUI does not mean that you are guilty.

Thank you for contacting us. We will get back to you shortly.

Please complete all required fields below.

If you have been arrested for DUI, or are have already started the legal process, give us a call now. Our line is answered 24 hours a day. Begin implementing the best possible legal defense strategy today.